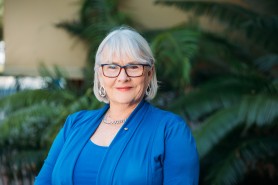 Choosing the harder road: Naming the challenges for families in person-centred planning